Why is Austria’s only Women’s Museum located in Hittisau, of all places? And why does it tower above the town’s fire station, traditionally an association of men dedicated to the safety of others?

Indeed, to emphasise the high status of women and their importance in shaping the Bregenzerwald. In Hittisau, they are also responsible for running the Women’s Museum. Most of them work there on a voluntary basis, like the fire fighters. The village is home to renowned workshops where, in addition to the firmly rooted wood-processing trade, the art of smithery is still upheld. 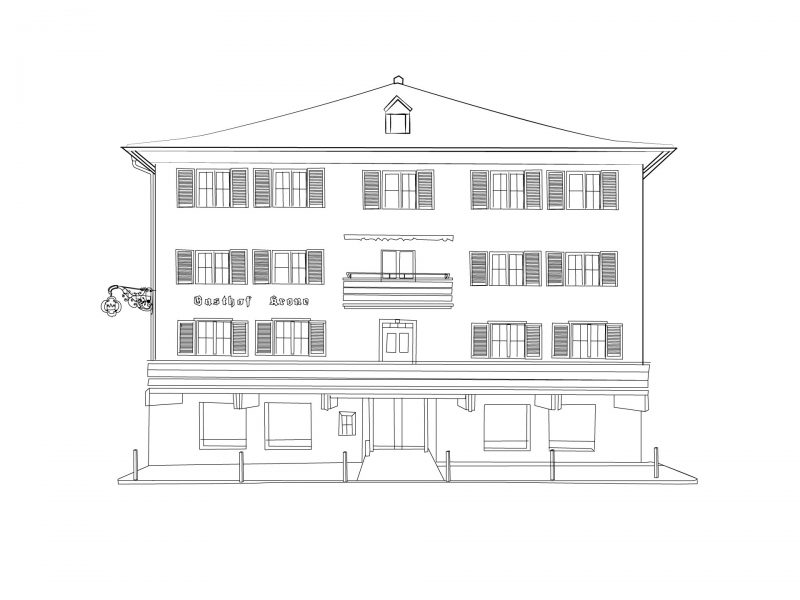 The Gasthof Krone, built 175 years ago as a court of justice, is now in its third generation as a family-run establishment. The young owners live out the Bregenzerwald business culture by combining regional added value with modern design: bedrooms and restaurants have been re-designed by an architect friend of the owners in close cooperation with craftspeople from the “Werkraum Bregenzerwald”. Numerous awards testify to the high quality of the successful interplay between old and new, which is also confirmed by the quality provided by the service team and the kitchen.

Josef Bergmann came from Hittisau. He is considered the founder of a source-critical and methodically flawless account of Vorarlberg regional history, for which he received a title. The community hall is named after him. The timber building was the first in Vorarlberg. With its ridge roof and its wood construction, it is an example of a suitable method of building in a rural region shaped by wood. The type of double-leaf timber cladding used for the façade is called “Deckelschirm”, which roughly translates as “outer shield”. A very special “reversed” method is used here, with the broad boards lying on top of the narrow slats, and not the other way round. 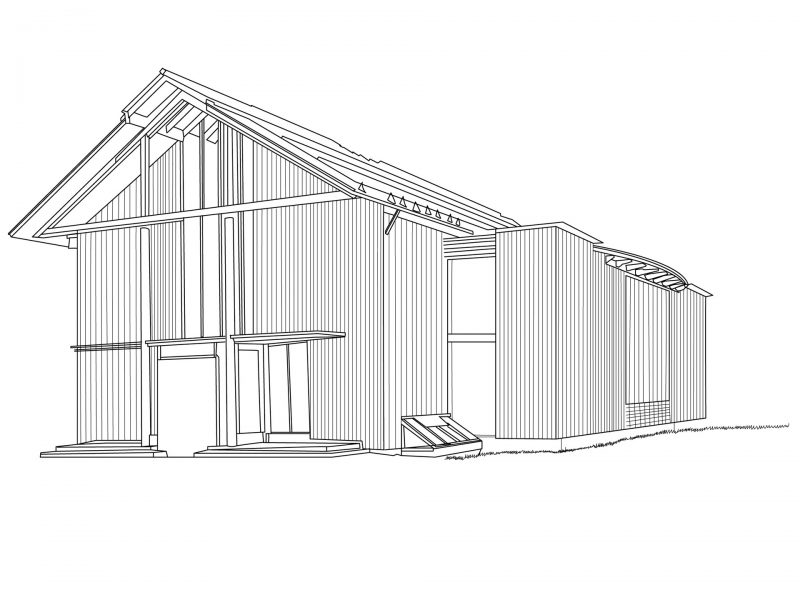 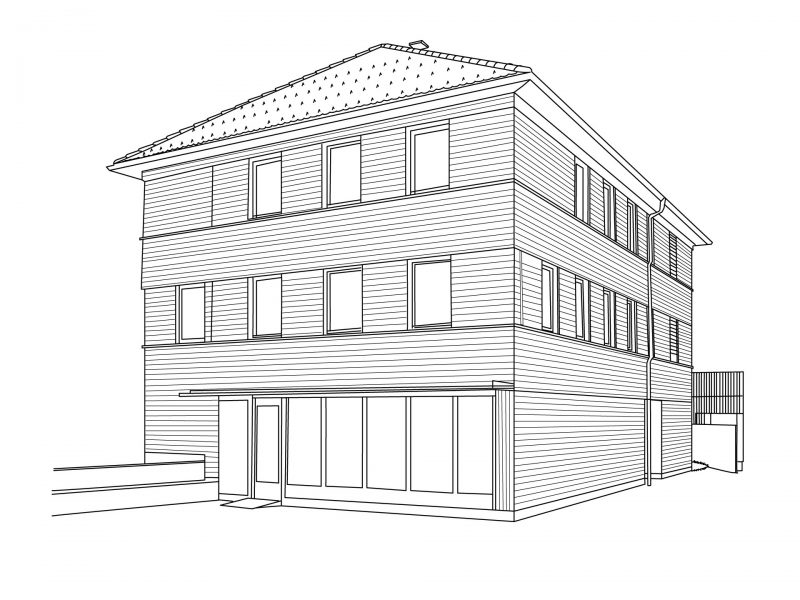 The presbytery, chaplain’s house and prebendary house form an ensemble of similar public buildings. They are characterised by an almost square floor plan, a symmetrical façade, a brick-built ground floor and a hipped roof. The prebendary house was replaced by a new building. It remains faithful to the former building with hipped roof and regular punched window façade facing the street. Unlike the prebendary house, however, it is constructed entirely from wood. The structured façade and the interior design in silver fir reinterpret the tradition – as does the utility space on the garden side.

Along with the presbytery, the chaplain’s house and a former prebendary house form an ensemble from the late baroque period. The symmetrical façades and pyramid roofs have survived the test of time. Originally, all three buildings were whitewashed. Shingle cladding was added around a century later. Another century later, they showed various stages of dilapidation. The back of the chaplain’s house had to be renewed. The pièce de résistance of the renovated building is a panelled parlour oil-painted in ivory on the first floor. Digging away the cellar floor heightened the rooms in the semi-basement. The garage is located underneath the meadow. 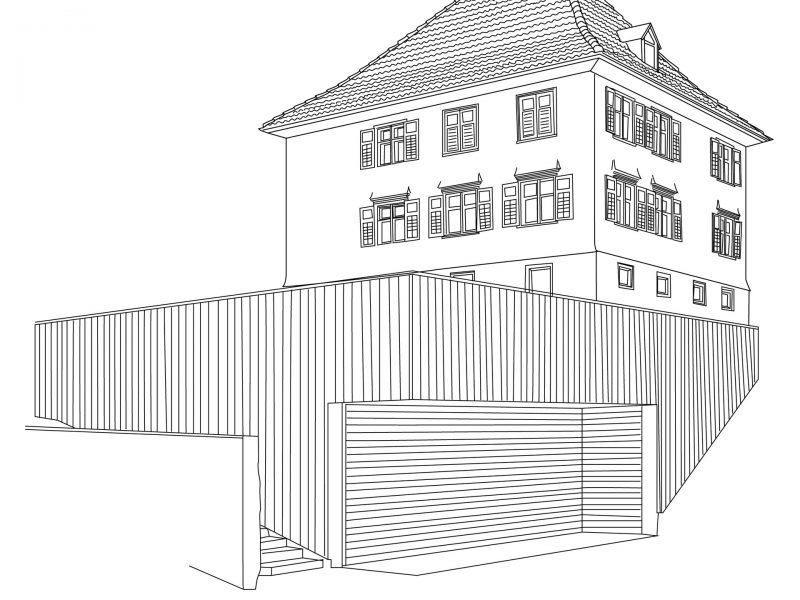 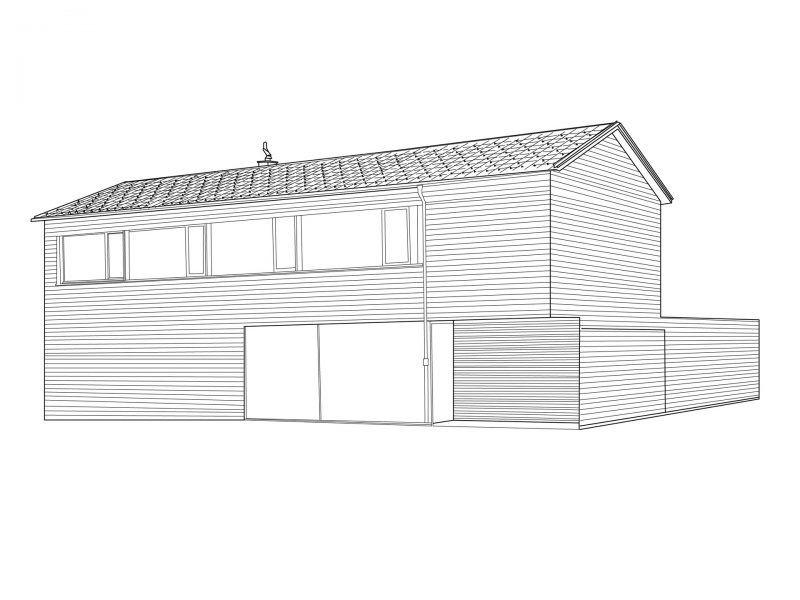 The house from 2008 has an affordable passive house standard. It doesn’t have a cellar. Side rooms are accommodated in a single-storey extension, making it hard for wind and bad weather to impact the main building. A protected outdoor room has also been added. The windows afford lovely views. They have been optimised with regard to energy. The walls are made from prefabricated wooden box elements: silver fir wood is used on the outside, with plasterboard predominant on the inside. The ceilings have been made from solid wood, floors are made of wood laid on a heat-saving screed/concrete floor.

The house completed in 2002 replaced a dilapidated old building. Like its predecessor, the hillside location is advantageous for the apartment with a vista. The silver fir wood used for the façade, roof and interior-design purposes is also typical of the village. It is less prone to moisture than spruce wood. Silver fir is also suitable for use as shingles on the façade. The wood is free of resin, which makes it a popular material for interior-design purposes. Architects frequently use rift-cut silver-fir boards, i.e. boards which have been sawn in a radial cut. The cut is made along a line from the pith through to the bark in the longitudinal direction of the trunk. 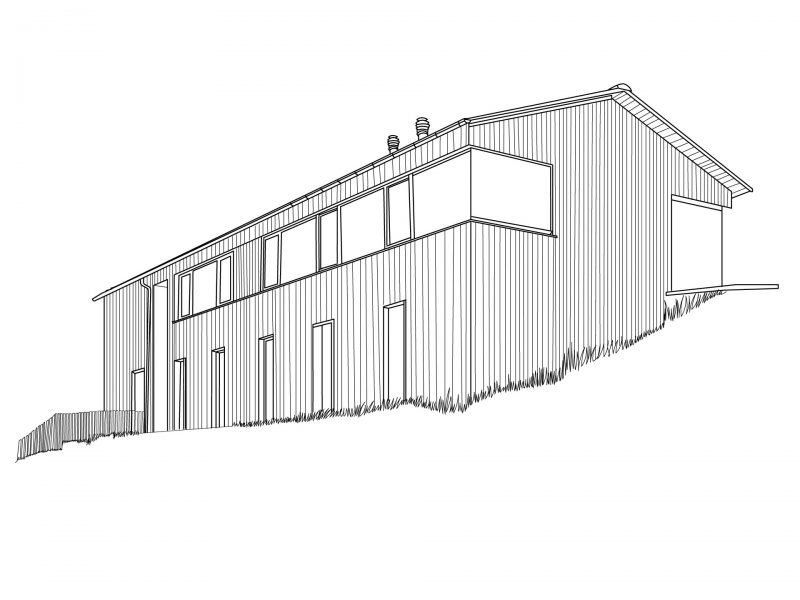 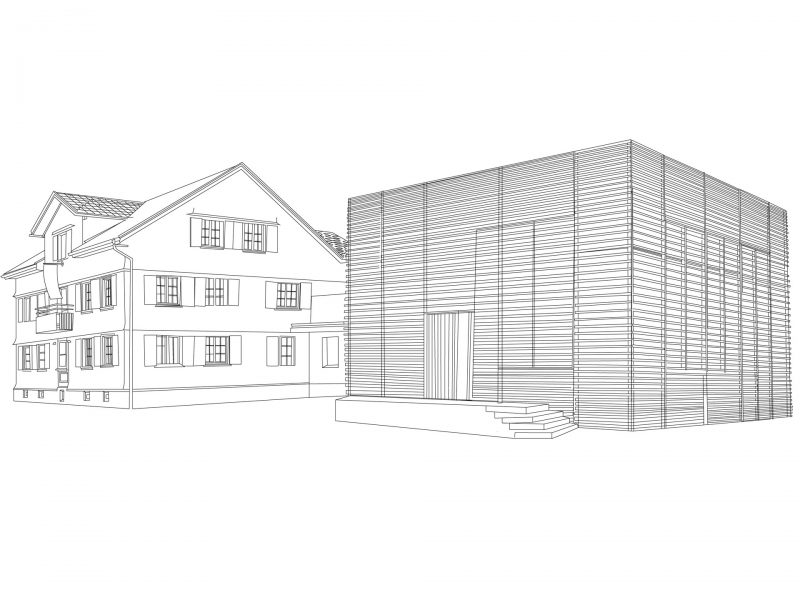 The name of the hotel developed as a reminder of the seafaring period in the life of Johann Jakob Mennel. He served in the Imperial and Royal Austro-Hungarian Navy in Trieste. He returned to Hittisau in 1840 and opened a public house, which he called “Schiff” (ship). It has been renovated several times since then, although most of the older parts have been retained. A stay in the hotel resembles a ship voyage through the history of architecture in the Bregenzerwald since the 19th century. The restaurants and bedrooms are the work of craftspeople who pride themselves on outstripping the artisanal skills of their forefathers.

There are more than 50 women’s museums in the world – most of them in cities such as Bonn, Merano, Århus, Dakar, Xi’an, Ho-Chi-Minh City and San Francisco. The Women’s Museum in Hittisau is the only one in a rural setting. Strong women play an important part in local myths about the Bregenzerwald. It is said, for instance, that in the battle on the Rote Egg towards the end of the Thirty Years’ War, it was the women who chased away Swedish troops. A building for the fire brigade and culture was planned in Hittisau in 2000. From this idea, the Hittisau local Elisabeth Stöckler developed a concept for a museum where women’s history and women’s culture can be researched, exhibited and communicated. 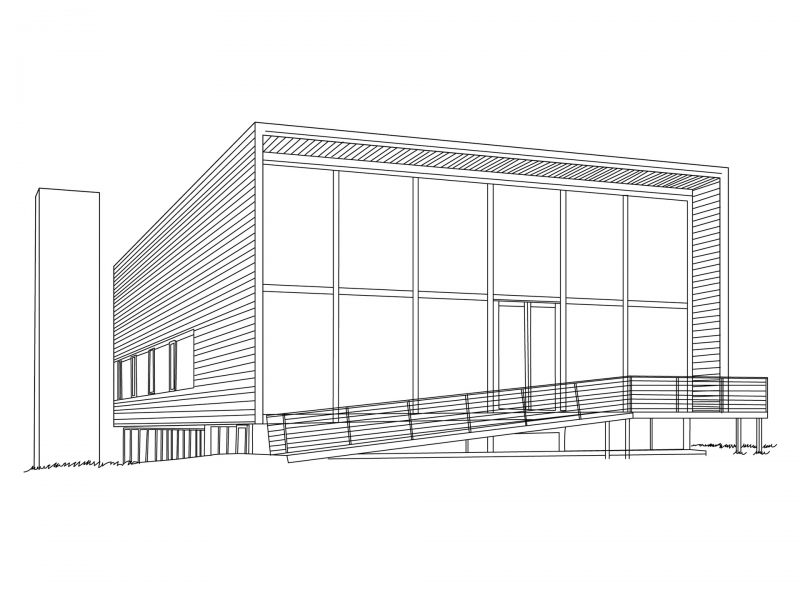 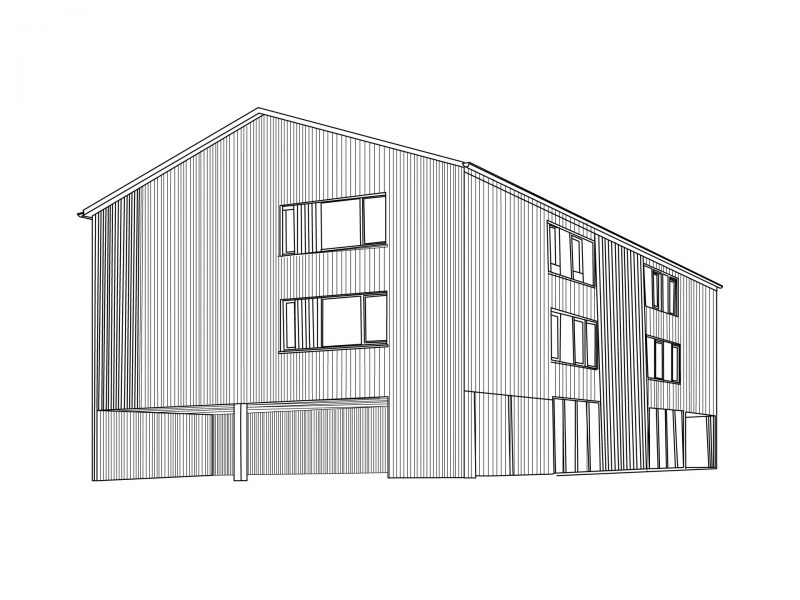 The building from the year 2007 is one of the first examples of “assisted living” for older people in the Bregenzerwald. Ten apartments are housed over three storeys underneath the continuous roof of a compact, timber-cladded solid building. It has an appealing air, since it enjoys a convenient location at the intersection between the village and the environment, yet close to the centre and next to the old people’s home with its facilities. The building provides plenty opportunities for meeting people, it has spacious balconies and private open spaces with unhindered views of the impressive landscape.