His garden is the inspiration

He came to learn the art of cooking from “The Wild Ladies" at the "Schwanen" in Bizau. It was there that he met the love of his life. Though her name is not Hildegard von Bingen, the famous mystic would nevertheless appreciate what Michael Webendorfer does with vegetables and herbs in his kitchen.

Marinated kale with couscous, carrots, roast beef from Andelsbuch with marinated white and red cabbage, homemade gnocchi with pumpkin and beetroot… What would Hildegard von Bingen (1098- 1179) make of these modern interpretations of her natural diet? She’d be excited to taste them of course! After all, the teachings and organic diet of this revered mystic are the hallmarks of the “Schwanen” organic hotel in Bizau.

Hildegard and organic are the foundation of the “Schwanen” hotel’s menu of regional superfoods and have transformed the organic hotel into a gourmet hotspot in the Bregenzerwald. Under Senior Chef Antonia Moosbrugger, modern, refined cuisine was already a well established component of the “Schwanen” cooking philosophy, which was influenced by Hildegard. Moosbrugger was also the first in the Bregenzerwald to offer a surprise menu: Each guest was presented with something different for each course, sometimes resulting in dozens of different dishes for a single group of guests. This practice earned the Moosbrugger’s the nickname “The Wild Ladies.”

Since the return of her son Emanuel and under the influence of his international experience, the hotel’s kitchen is now experiencing its latest heyday under chef Michael Webendorfer. The likeable Upper Austrian moved to the Bregenzerwald eight years ago. As a hungry young chef eager to learn, his arrival was opportune for the kitchen team and he received training at all stations. Several years followed in the award-winning kitchen of the Falstaff Casino Restaurant in Bregenz under chef Gernot Bischofberger, until Emanuel Moosbrugger brought him back to Bizau as head chef. During his time as an apprentice at the “Schwanen,” he met and fell in love with his wife Reka and settled down. “When as a 25-year-old you get the chance for such a position, you have to seize the opportunity,” he says. This is especially true as he is assisted by Sous-chef Franziska Hiller, a gifted chef who has been part of the “Schwanen” team for over 25 years. Her experience and that of Senior Chef Antonia are still needed when it comes to Hildegard’s rather restrictive technical and natural methods. According to Hildegard’s theories, a variety of foods including spelt, fennel, apples, galangal, beetroot, chickpeas, game, lamb and riverine brown trout are considered essential. Meanwhile, ingredients like strawberries, leek, cucumbers, sausages or white wheat flour are taboo.

For almost four years now, the Schwanen staff have been cultivating their own garden and growing exactly the kind of produce that suits the Hildegard von Bingen organic line. What started as a small pioneering project has now developed into the well thought-out “Land.Wird” concept in the style of cooperative organic agriculture. Thus, only what is available from the garden is cooked in what can only be described as a radically seasonal approach. “There is nothing better than being inspired by the produce of your own garden,” says the chef enthusiastically. “At the beginning, however, it was a huge adjustment. We had to make the most of the clearly limited selection of fresh ingredients we now had at our disposal. But when it comes to flavour, you can taste the difference.” Anyone who enjoys the Schwanen’s cuisine can only agree as Michael Webendorfer orchestrates great culinary performances with supposedly simple ingredients. The pure taste of a carrot in various cooking stages, the precise harmony of the complementary herbs, the use of the finest organic meats, roasted to perfection: Each dish on the menu, which is deliberately kept small, is perfectly presented and an experience in its own right. “I will never forget the first time I was able to eat in a fine restaurant as a little boy,” says Webendorfter. “Such incredible taste, and how beautifully everything was arranged. I decided then and there: I want to be able to cook like that!” 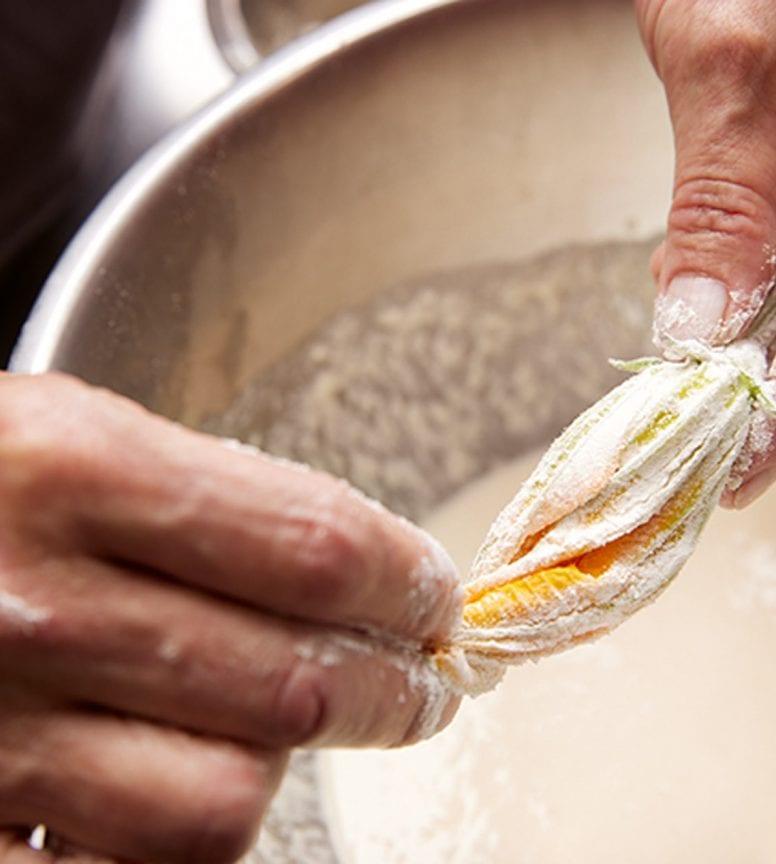 Dairy farming up close in Egg