Craftsmanship and design from Bregenzerwald

Proven examples of craftsmanship, design and building culture, as selected by Thomas Geisler, Managing Director of the Werkraum.

The furniture and objects shown here have already become classics of Bregenzerwald craftsmanship. Quite a few were created especially for the Triennale “Handwerk+Form.” This stimulating design competition took place once again in 2018. Like the Werkraum Bregenzerwald, which was founded in 1999, it serves to keep traditional craftsmanship and its techniques alive and to pass them on to the current generation without becoming fashionable. The local craft businesses see this sensitive transformation as their real mission. 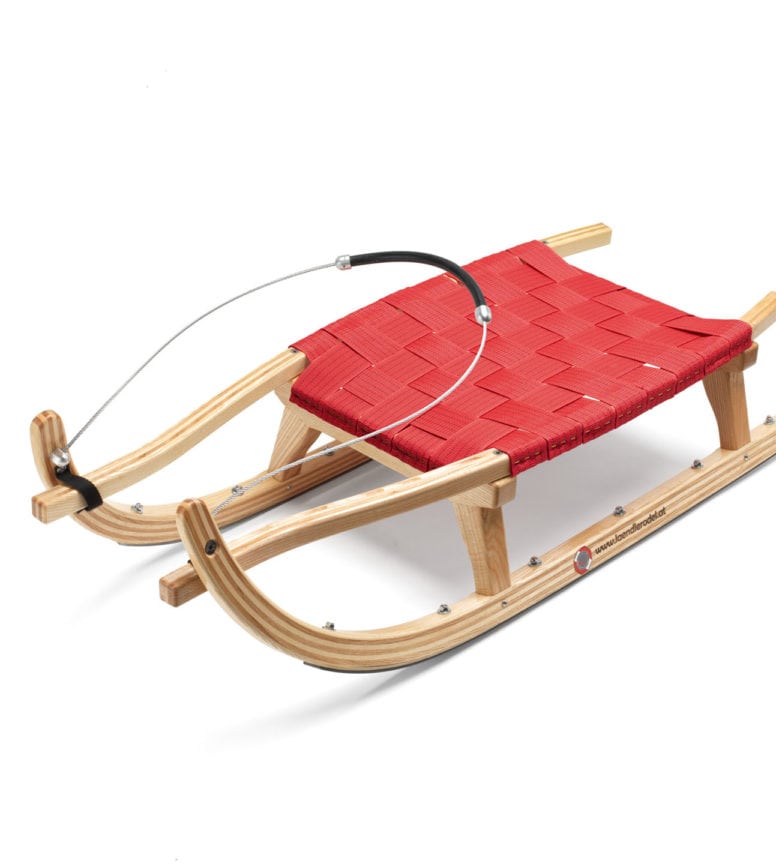 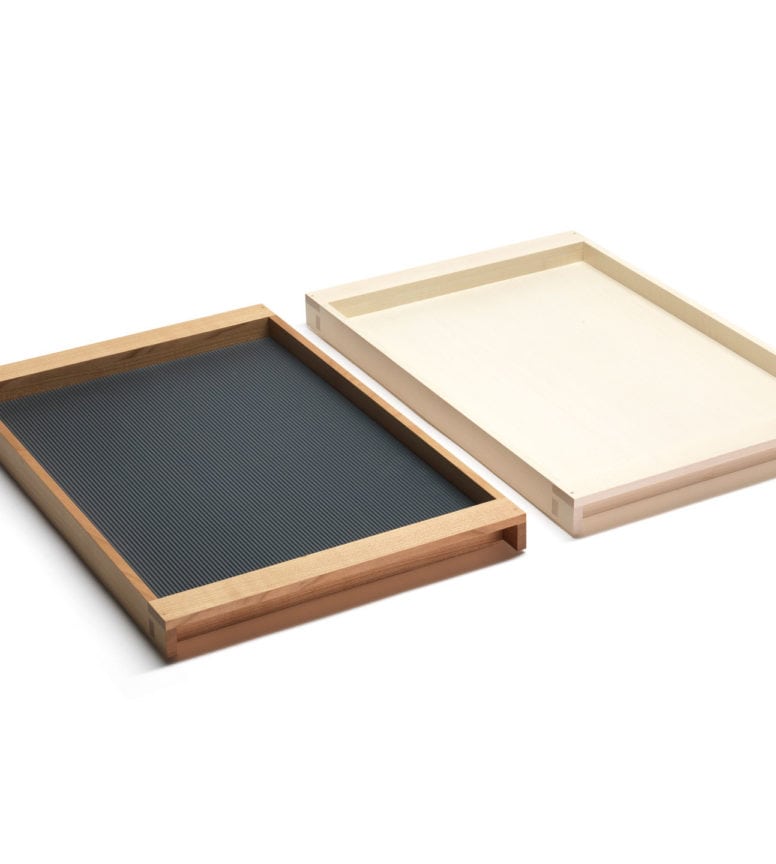 Tischlerei Rüscher joinery, Schnepfau
Made of maple or cherry wood and designed for everyday use, this object showcases refined details that illustrate its craftsmanship. 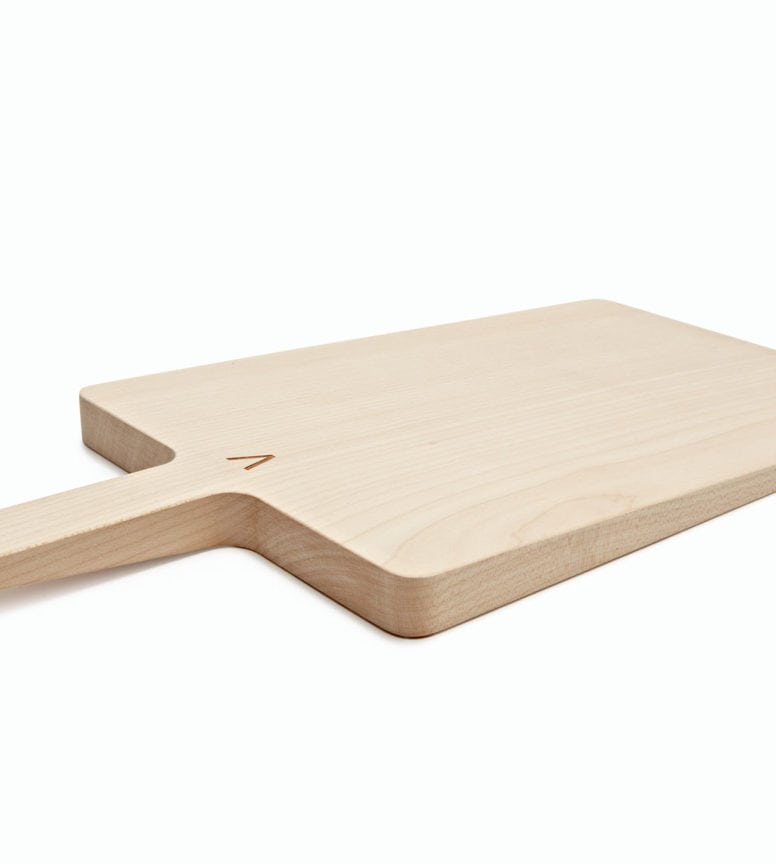 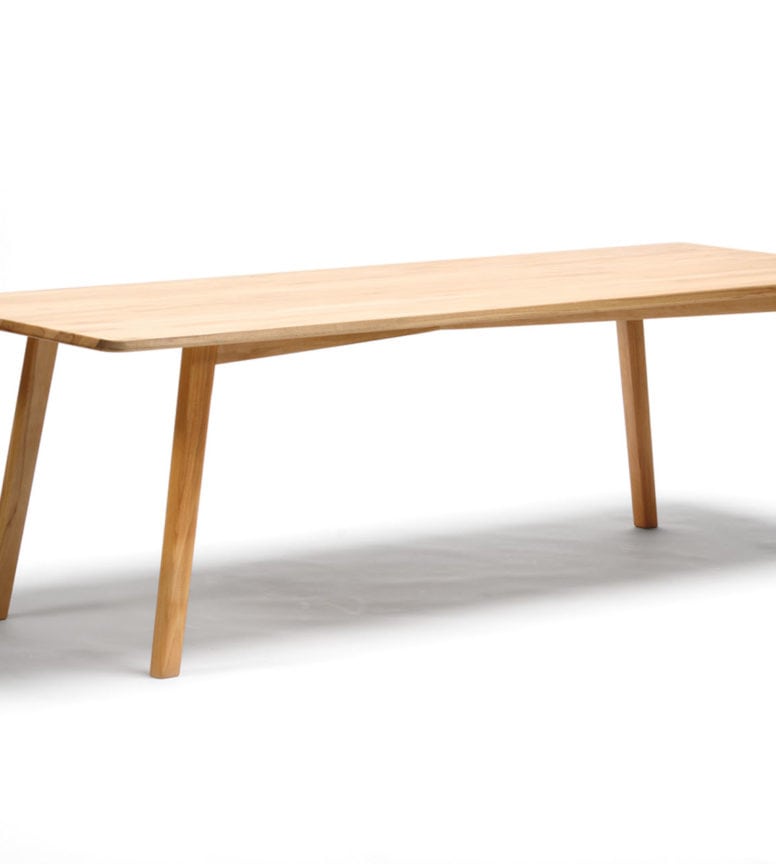 Dür Naturholzmöbel (Natural Wood Furniture), Alberschwende
This well-proportioned table is based on historical models. The fine curves of the board provide a pleasant feel: no sharp table edges! 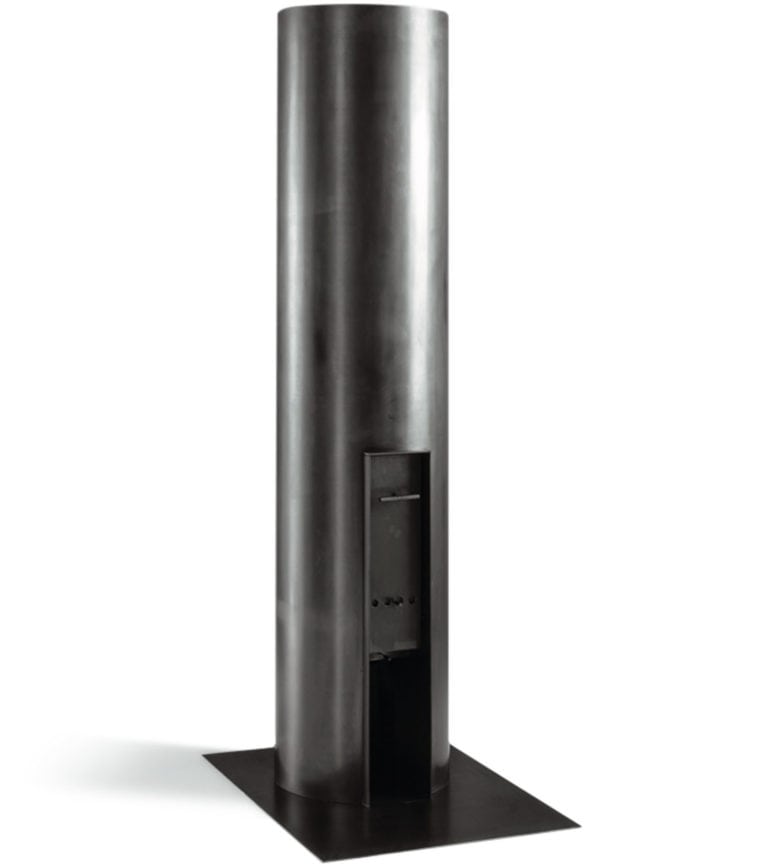 Ofenbau Voppichler ovenmaker, Egg
This simple metal oven is a prime example of timeless aesthetics. It was part of the “möbel für alle (furniture for all)” sample collection featuring utility objects from the workroom. 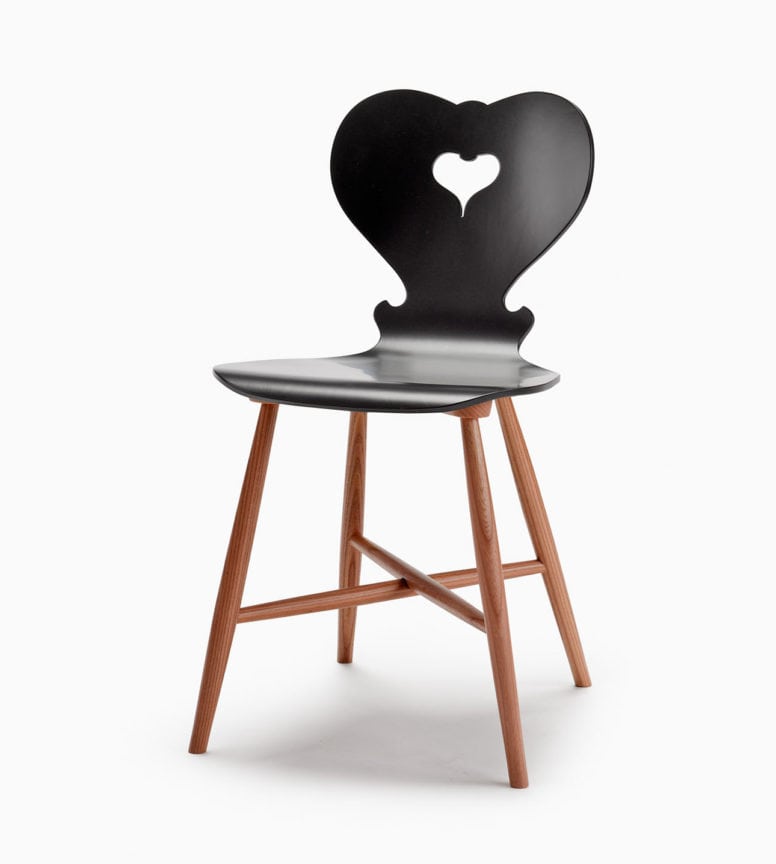 Schmidinger Möbelbau (furniture), Schwarzenberg
An ironic interpretation of a plywood shell chair, it borrows from the rural wooden chair and mixes in iconic designs from Arne Jacobsen or Charles and Ray Eames. 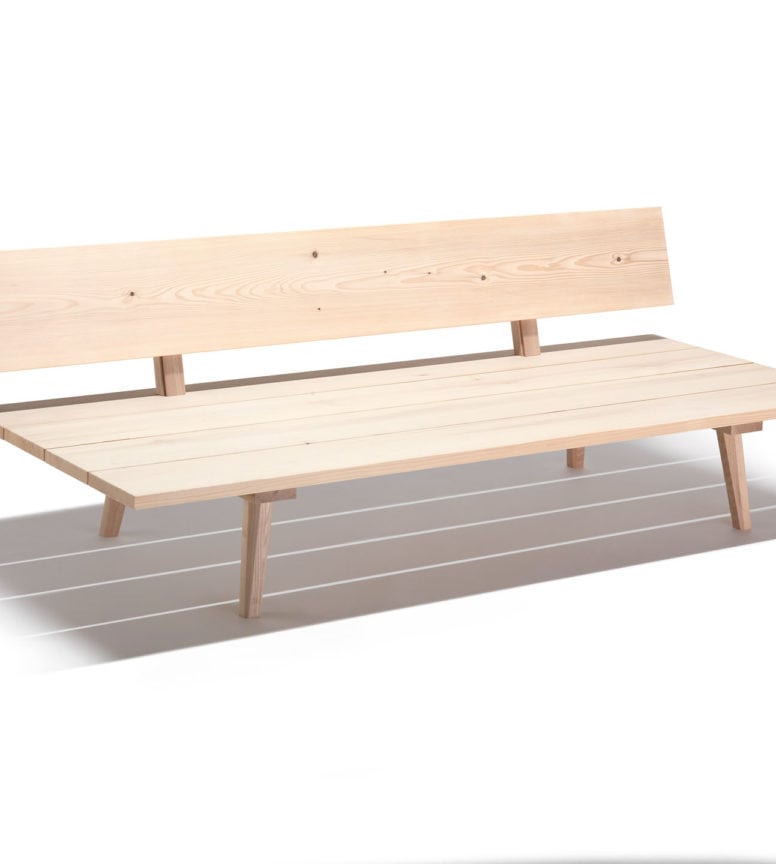 Tischlerei Bereuter joinery, Lingenau
This is a successful transformation of a rustic wooden chair into a deep, expansive sofa. The craftsmanship is reflected in the traditional wooden joints and the economical construction method. 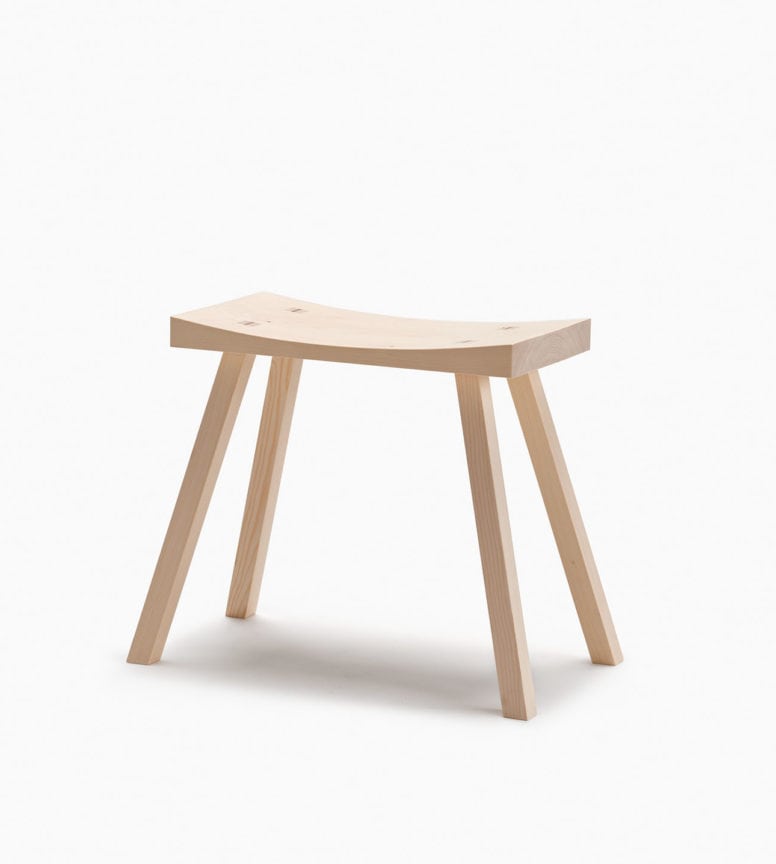 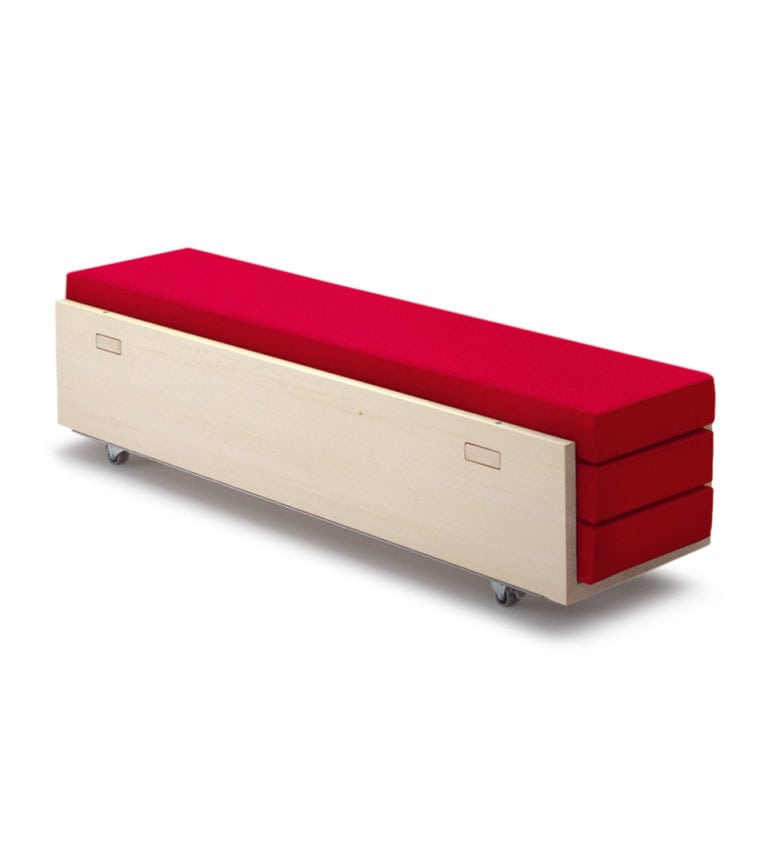 Kaufmann Zimmerei und Tischlerei (carpentry and joinery), Reuthe
Thanks to a cleverly designed folding mechanism, the bench, which is mounted on wheels, unfolds to a spare bed for guests. The choice of wood type and upholstery leaves room for individual surface design and colouring.

Anyone who spends time in the Bregenzerwald can’t help but take notice of the high quality of the living culture in addition to the region’s natural beauty. Here unexpected care for good furnishing exists in an Alpine valley. Even as a newcomer, I feel reminded of my days as a student in Copenhagen. In Denmark, the way we handle furniture and architecture is a matter of course, and the knowledge of their origins are anchored in our collective DNA. According to Architects Roland Gnaiger and Adolph Stiller, writing in the catalogue “möbel für alle (furniture for all)” (Anton Pustet Publishing House, 2002): “Living in the Bregenzerwald has been refined for centuries to such an extent that it is permissible to speak of culture.” This book, which is now unfortunately only available second hand, presents the design initiative “Werkraum Bregenzerwald” along with selection of designs: pieces of furniture developed for series production, some of which were prototypes for the Handwerk+Form competition. With industrialisation, the production of local consumer goods was also largely lost in the Bregenzerwald and cheap industrial goods, some of which still resembled Alpine style, replaced furniture. Since the beginning of the 1990s, local craft businesses have opposed this development with initiatives such as the Handwerk+Form competition and the later establishment of the Werkraum Bregenzerwald. The aim is to keep regional craftsmanship alive in addition to an exchange with designers and architects from outside the valley. This means that the new product culture does not run the risk of becoming fashionable, backwards or contemporary. As in Scandinavia, pride in one’s own products is also a source of identity in Bregenzerwald. There is nothing wrong with this per say, especially as long as it doesn’t cause blindness for other, perhaps more foreign, styles.