Snow levels in the Bregenzerwald

Snow levels in the Bregenzerwald

What makes winter into winter? Snow, of course! Thanks to its location on the northern edge of the Alps, an above-average  amount of snow falls in the Bregenzerwald. With precipitation amounting to 2,000 mm per year (up to 3,000 mm at higher altitudes), the Bregenzerwald is one of the highest-precipitation regions in Austria (average 900 mm).

Damüls, a village at an altitude of 1,400 m, even bears the title “the world’s village most assured of snow”. During his investigations in 2005, a journalist from Nuremberg discovered that, thanks to their exposed backwater position, the villages along the northern Alps break records in their annual amounts of new snow. He then compared the measurements with those of recognised weather stations from the past five years. The result? Per winter, almost 10 m of new snow falls in Damüls, which earned the village the title “the permanently inhabited village most assured of snow in the world”.

In 2008 the British “Daily Mail”, in turn, honoured Warth-Schröcken with the title “Europe’s skiing area most assured of snow”. The snow readings from a whole century formed the basis of this assessment. The average amount of new snow in Warth-Schröcken exceeds 11 metres per winter.

The apps are available in the App Store for iPhone and iPad, and the Google Play Store for Android.

SNOWGRID was developed at the Central Institute for Meteorology and Geodynamics (ZAMG) for analysing and forecasting snow nationally. Every day at approx. 7.30 hrs, ZAMG publishes maps of the current overall snow height and the change over the last 24 hours (caused by new snow, melting and/or settlement of the snow). This data is available to all and free of charge. 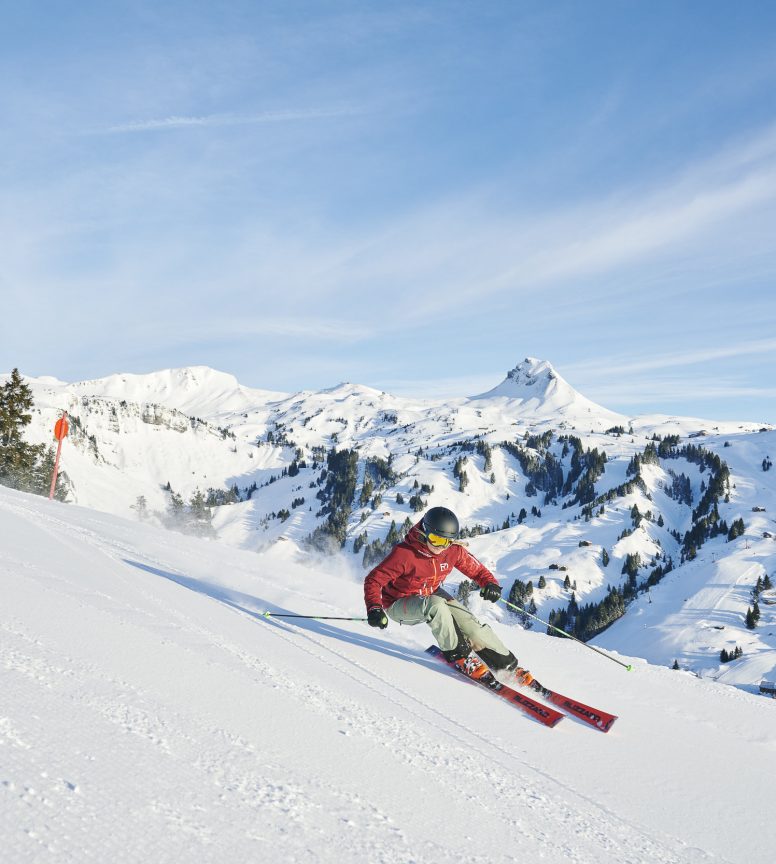 The 3Valley ski pass is valid for 32 skiing areas in the Bregenzerwald, in the Große Walsertal, in the Lechtal, in Balderschwang (in Allgäu) and on the ski buses. You…