Egg is an island. Not in the conventional sense – however, the village centre is only accessible via bridges. The Bregenzerach and the Schmittenbach flow through the village and, outside of the village, the Subersach flows into the Bregenzerach. Not to mention several small streams.

They are all spanned by bridges. Above the biggest village in the Bregenzerwald – with regard to both surface area and number of inhabitants – a gallows mound serves as a reminder of the high justice or blood court of earlier times. To get there, you have to pass through Großdorf which, according to many Großdorf inhabitants, is the main part of the double village. Egg is the village most characterised by stone houses in the region, which is in sharp contrast to “wooden” Großdorf. 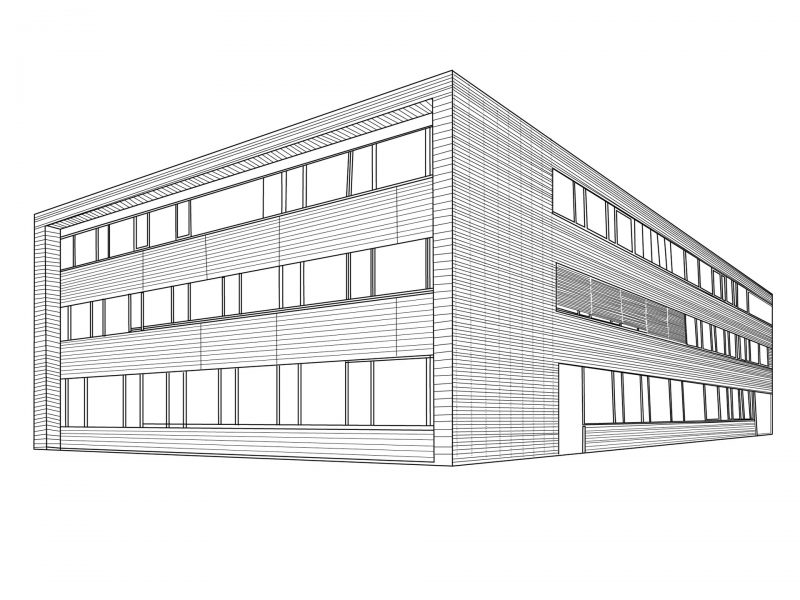 When the Bregenzerwald railway started running, fresh impetuses came from here, the former station. Fresh impetuses were also anticipated again in 2000, when the Impulszentrum was opened. The building houses offices and gastronomy in one central location. Rooms as bright as daylight are enclosed by open corridors all around. Thanks to the large, glazed roof and the stepped storeys, the hall receives an abundant amount of daylight. The silver-fir timber used on balustrades, roof girders and walls as well as the black slate on the floor and the white ceiling are what give the room its character.

As recently as the 1990s, it was not permitted to build private houses with flat roofs in the Bregenzerwald, and the architects were obliged to follow the rules with regard to the slope of the roof. In order to comply with the regulations, an additional roof structure was added. An optical adaptation means that, these days, this structure looks flat. Underneath the roof, the top and the bottom floors are displaced and slightly twisted. The bedrooms are upstairs, and the living area is downstairs. The house had to be kept as low as possible in order to fit into the hollow of the valley. It has a covered entrance with perspectively accentuated stairs and a spacious patio. 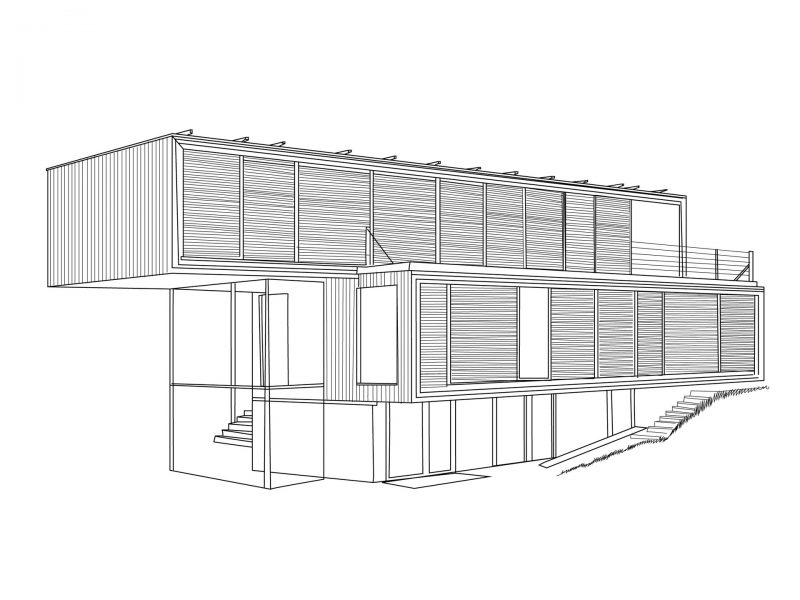 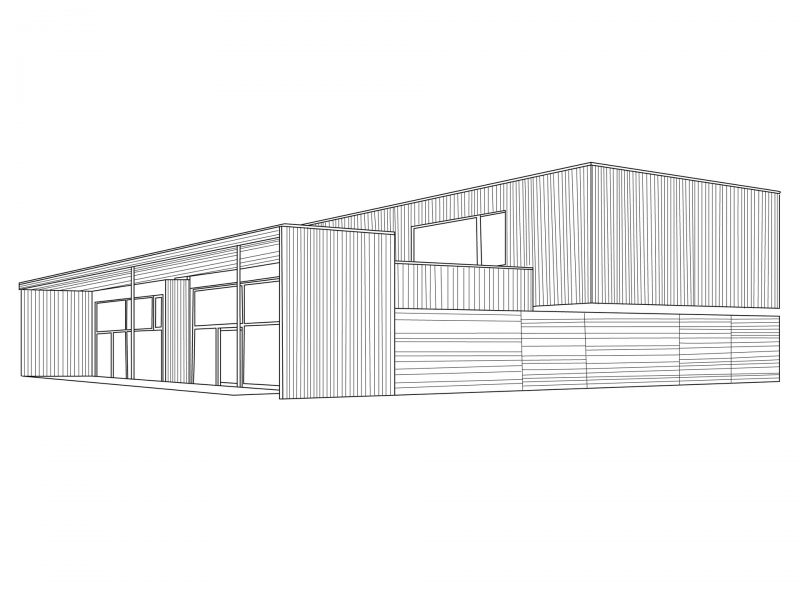 The ground-level kindergarten with garden as well as side rooms has a large music room on the top floor. The building is separated from the road by means of a concrete wall. The supporting walls inside the building and the sound-proofed ceiling are also made from concrete. The panelling is made from wood: silver fir on the façade, for the frames of the sunshades in front of the glazed playrooms, and in the interior. Birch forms the material for the acoustic walls. The lighting, the mixture of various materials and lots of wood create a bright atmosphere with warm shades.

The school built in 1962 was made from wood. For this reason, it is considered a pioneering achievement, thanks also to its bright classrooms. Now, over 50 years later, the complex has been renovated with regard to energy as well as technical equipment and installation, and a gymnasium with side rooms has been added. The spatial and design structure of the school is exemplary. Its side rooms without daylight have been painted in vivid colours – the changing rooms, for example, are a bright yellow. The school also displays a large mural by the Bregenzerwald artist Hubert Dietrich. 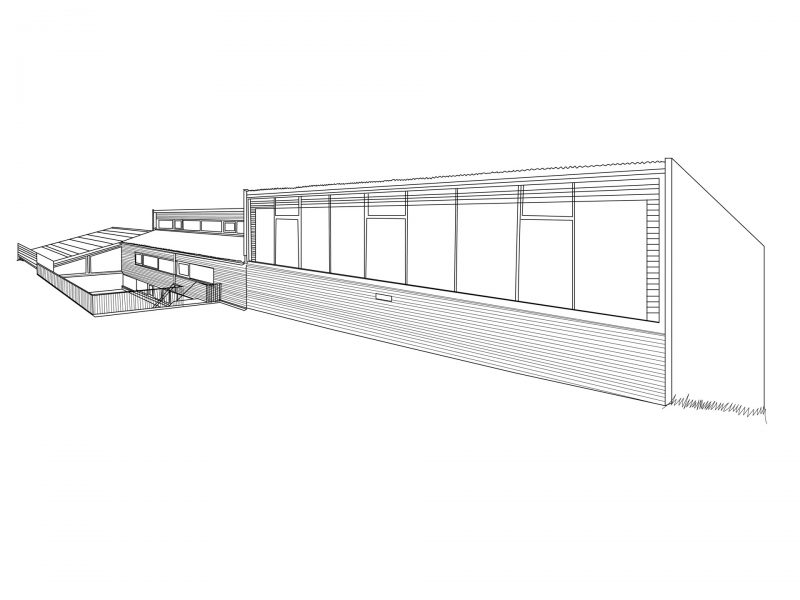 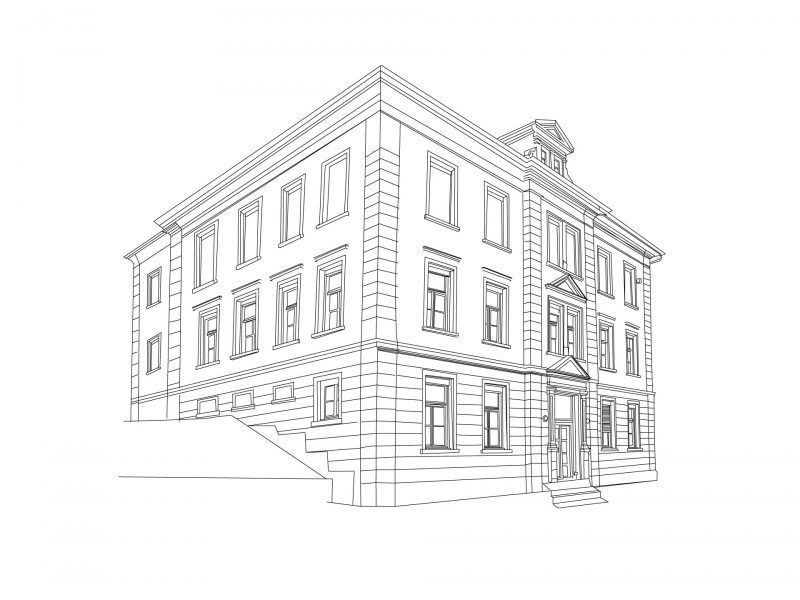 A former site of official custody: the prison tower of the inner Bregenzerwald once stood here. During the Josephinian school reform at the end of the 18th century, it was replaced by a timber schoolhouse. Today’s building was erected following a fire in 1899: a stone building planned by architect Gamperle from Feldkirch, in an unobtrusive, classicist style, functional, with rusticated base, median risalit, pilasters and pyramid roof. Inside, each of the six classrooms had a wooden ceiling and a stove. The spaciousness and the brightness of the rooms are noteworthy. Today, the building is the library and museum.

Plain manor houses from the Renaissance and Baroque periods served as examples for this type of house. Sample books for master builders contributed towards it spreading. With its square floor plan, symmetrical façade, central, heightened entrance and its pyramid roof, the building from around 1800 embodies a type of district offices and residential building without rural service wing. The rooms are high, the walls were brick-built or log-built. Egg has a collection of such buildings in the form of the chaplain’s house, guesthouse, doctor’s surgery and an industrialist’s house. Due to its noblesse, the modern age also uses this form for commercial buildings in the centre, for example. 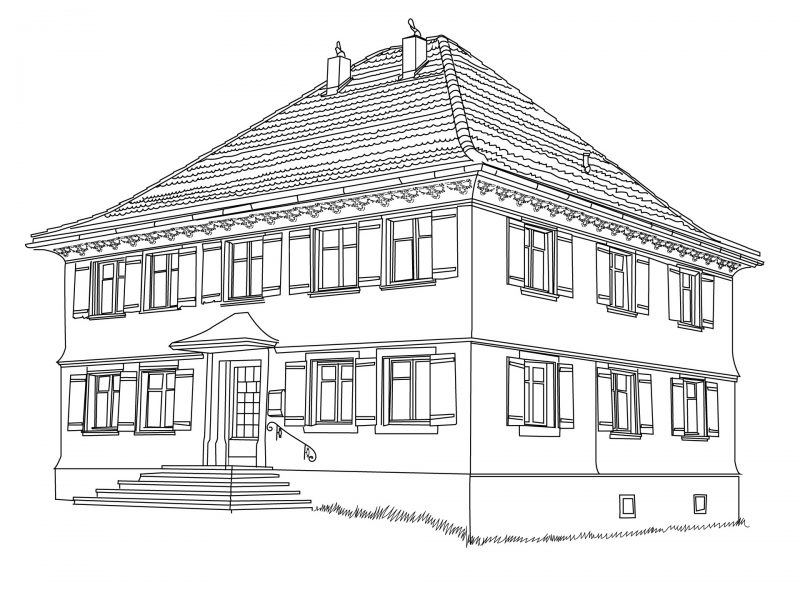 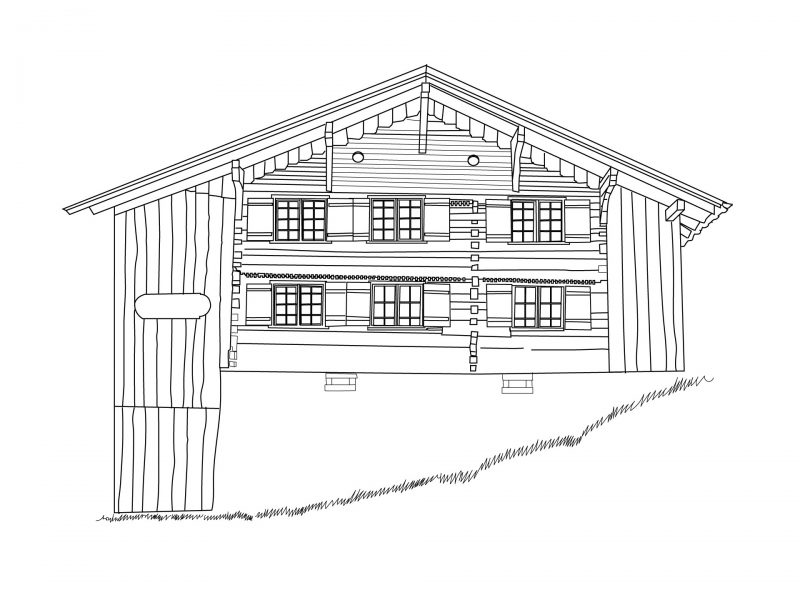 A farmhouse dating back to the 17th century on the foundations of a stone cellar. It shows the origins of the utility space: rooms were added to the long sides – the eaves side, since that is where the gutters (eaves) hang – of the house, which can be heated in winter. The northern “Gadenschopf”, a storeroom, is named after the adjacent bedroom, the “Gaden”. To the south is a considerably lower utility space. Shutters offer protection in the winter, while it is airy and light in the summer. This workshop and recreation room was used for post-harvest ripening of the crops. The upper part, the “Lauber” was used for storing beech leaves, which were used to stuff bedding several times a year.

An architecture journal referred to the processing plant made from concrete and glass the “farmer’s telescope”. Just like a telescope, it captures the images of the surrounding landscape. The farmer and his team process the milk of their cows and goats into cheese specialities every day. For each litre of milk processed into cheese, around 10 % turns into cheese and 90 % is left over – whey. The whey is processed into high-quality drinks and a variety of cosmetic and body-care products. 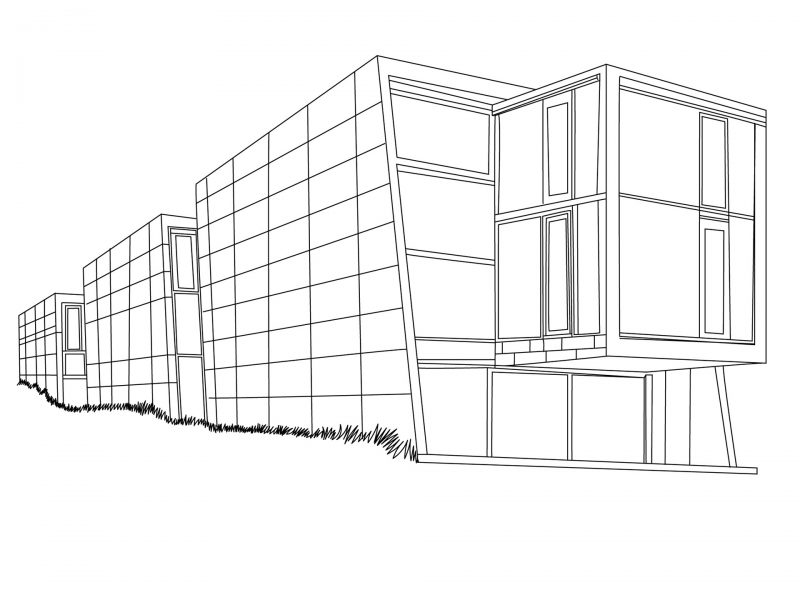 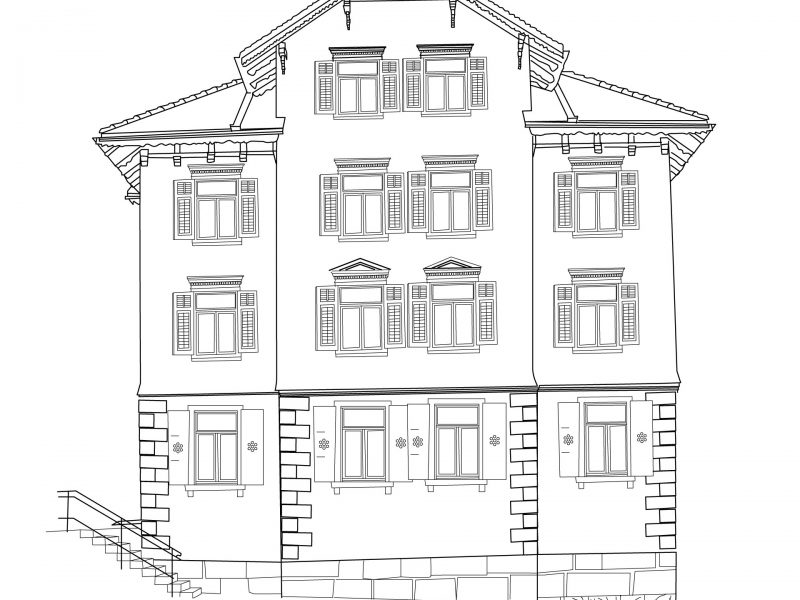 When it was built by the Feldkirch architect Gamperle in 1899, this middle-class residential building overlooked a mountain stream. A richly decorated timber-log building rises above a brick-based foundation. Its classicist form is superimposed by the “chalet style”, which is particularly evident from the winter garden located at the back of the building. Examples of the chalet style developed in Switzerland. They were tourist buildings with rustic decorations. The Sparkasse (savings bank) was once located on the ground floor of this building. It was completely renovated in 1995, and has been the headquarters of the Bregenzerwald archive since 2014.