The old house with a new addition deals with the works of famous Painter Angelika Kauffmann, who has family ties to Schwarzenberg. The Heimatmuseum features changing exhibitions.

One of us. Angelika Kauffmann adored and appropriated
1 May to 30 October 2022

Angelika Kauffmann adorned the 100 schilling banknote in Austria from 1969 until the early 1980s. A Bregenzerwald house was depicted on the rear. It is evident from her letters that, throughout her life, the famous painter felt herself to be a native of Schwarzenberg although she visited her father’s home only occasionally. The native of Grisons and early citizen of the world was and is, however, highly regarded in many countries. Art encyclopaedias list her as Swiss or German. She secured a permanent place for herself in English art history as a founding member of the Royal Academy of Arts. She later chose to live in Rome and was buried there with great honours on her death in 1807. She remained, however, largely unknown among the general population of Vorarlberg – the self-confident woman was too controversial in conservative Catholic circles – until the early 20th century. The exhibition poses questions about origins and identity on the basis of many original works as well as material from the archives and sheds light on the artist’s public image down the years.

The Heimatmuseum (Local History Museum), which documents the living and everyday culture of the 19th century, has found a home in the former residential part of the more-than- 450-year-old Bregenzerwälderhaus.

The museum opens its doors every spring to show Contemporary Art. A selection of works by Sarah Echter, a young painter from the Bregenzerwald, will be on show in 2023. 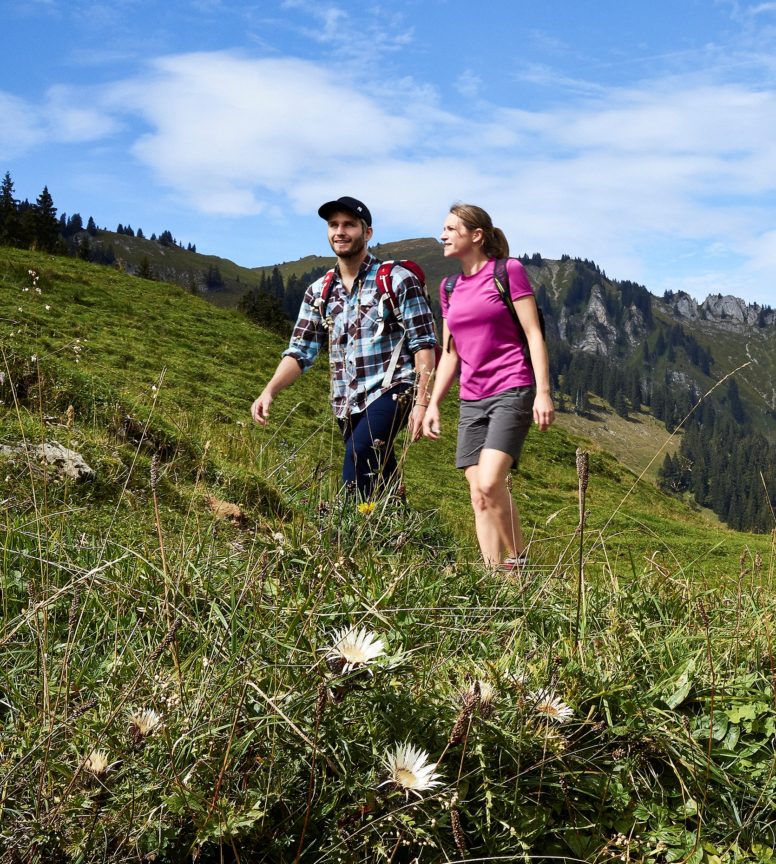 There is lots to discover in the Bregenzerwald mountains.

Rambling and hiking paths take you to the loveliest spots, and tell stories. Events are held. The Guest-Card Bregenzerwald & Großes Walsertal is your “ticket” to these mountain experiences. The…

A country music prophet in Austria